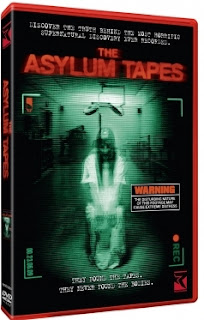 Synopsis: When a group of young filmmakers decide to visit an abandoned psychiatric hospital to investigate the terrifying rumors that surround an institution that was infamous for its inhumane treatment of its patients, they have no idea of the horror they will uncover. Ward after ward was used for a variety of invasive surgical procedures, some necessary, some less so. As their exploration takes them deeper into the bowels of the building, they find themselves trapped by supernatural forces that have no intention of letting them escape. As the night unfolds, they soon find that there is a fate worse than death. This is their footage. Everything is real.

Stop me if you've heard this one before: three young filmmakers armed with a camera spend the night in an allegedly haunted asylum... these are the tapes of what really happened. 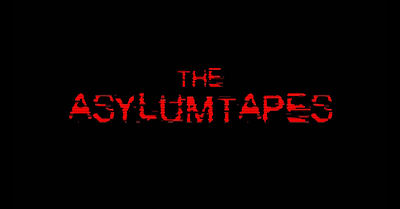 Okay so right from the start let's just say that Sean Stone's feature film debut is not the most original slice of celluloid, it's pretty rote even within it's own genre of "found footage" cinema, this entry particularly reminded me of a film from Singapore I reviewed a few years back called Haunted Changi (2010), it's a very similar premise, so much in fact I thought this might just be the English language remake of it, which it isn't.

As the story goes in October 2009, three young filmmaking friends enter an abandoned asylum named Greystone to explore for ghosts, sorta an impromptu Ghost Hunters expedition. Local legend have it that anyone who ventures inside Greystone will go either insane or vanish, there's also a legend of a spooky gray haired witch named Crazy Kate and dark shadowy figures called the Shadow Men, the building are said to be inhabited by the tormented souls who once lived and died there, exploited by the psychiatric profession and subjected to invasive surgical procedures like frontal lobotomies, hot and cold pressure baths and electro-shock therapy. The film has a bit of a clunk set-up, first we get Sean Stone, son of director Oliver Stone (Natural Born Killers), playing a version of himself, it's just a bit of a jarring introduction to the film with out-of-context footage, a dinner gathering at the Stone residence where we first hear the legends surrounding the asylum and vintage newsreel footage that explain the location's history. So, maybe it's disjointed by design but I found it a bit of a cold start to the film, however, once our trio of adventurous spirit seekers arrive on scene things come together nicely, beginning with a drive up the spooky dirt road leading  to the asylum.

Once we get inside it's an effective little found-footage chiller, if a bit predictable to a point. We get a lot of the pre-requisite creepy shadows, tricks of light and dark and tons of  "did you hear, see, feel that?" type cliches so familiar to the genre. Remember, I warned you that it wasn't exactly a unique entry, but all in all the film works and even these stale genre platitudes are effective in Stone's capable hands. As the trio make their way through the dilapidated buildings they find creepy dolls, crucifixes and chained shackles, the last item is said to belong to an murderous escaped mental patient that stalks the premises, all of these things start to wear on the nerves and fray the adventurous spirit of our trio as they begin to jump at shadows, turn against each other and maybe even exhibit signs of what might be demon possession, or some such shit. Not the most original entry but as a found footage haunted house ride it was good fun as formerly skeptical young folks foolishly enter dark tunnels and find pretty much exactly what they wanted and then some. It's genuinely unsettling, at times I felt that familiar tightness in my chest that either means I'm about to have a heart attack or the film is thoroughly suspenseful, I am pleased to say it's the latter.

For a found-footage film the camera is pretty steady throughout aside from the chaotic scenes of running scared shitless while screaming down shadowy hallways, so it does feel like a found-footage film but it doesn't go completely nuts with the camerawork. There's also a creepy atonal score underlying the film, a nice touch even though it could potentially take you out of the moment and take away from the realism, but it's not too intrusive at all. 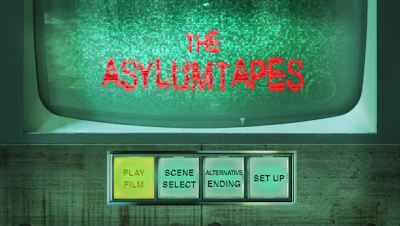 DVD: The film is presented in 1.78:1 widescreen and given that this is a found footage film the quality ranges accordingly from decent to not so great, probably by design, there are post-production digital artifacts, video distortions and the black levels are a bit of mess throughout, but like I say it's surely by design. There's are English language Dolby Digital 5.1 and stereo presentations, the surrounds are used well, dispersing creepy echoes, weird whispering, foot-steps and scary haunted house aural scares with eerie effectiveness. Sadly, this DVD is a bare-bones edition, the lone special feature is a Alternate Ending (1:54) which is interesting but wisely unused. It should be noted this is the region 1 Canadian edition of the film, there's also a Region 1 US version under the title Greystone Park available through Image Entertainment that has a few more extras on it.

Verdict: A effective and genuinely creepy found-footage entry with some great supernatural elements, it falters from time to time with some odd pacing and the usual "why the fuck would they do that!?!" moments but I rather enjoyed this one, a great asylum setting, some really decent acting and a fun shocker finale that I didn't see coming, fun stuff. If I was to sum it up in a generic one-liner it might be Session 9 (2001) meets The Last Exorcism (2010). 3 Outta 5