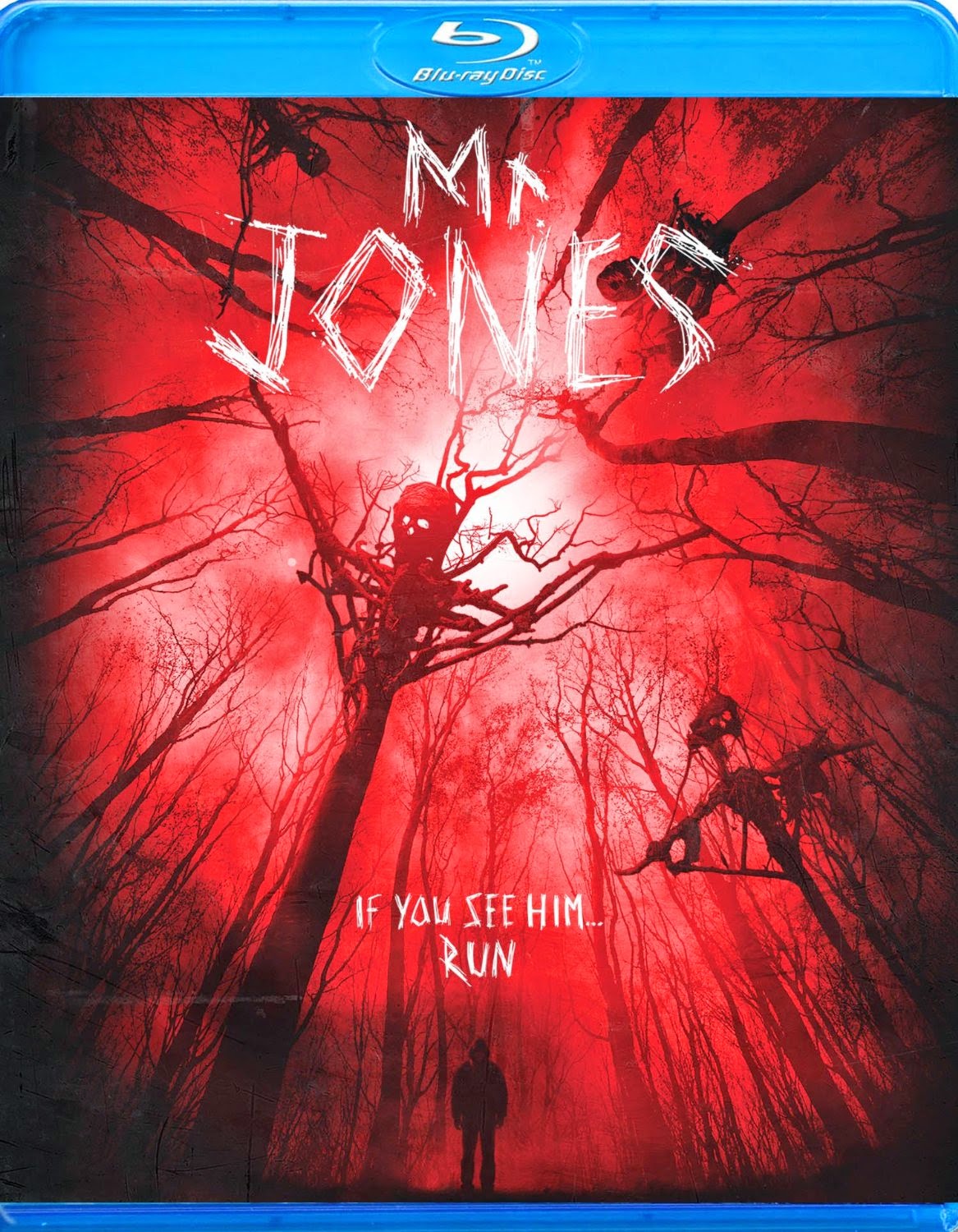 A young couple Scott (Jon Foster) and Penny (Sarah Jones) move into a remote cabin-in-the-woods to escape society and work on a nature documentary - sounds like a fun time. After weeks of not being very productive they discover strange folk-art type sculptures deep in the woods which turn out to be the product of a Banksy-type reclusive artists. The sculptures made of wood, bone and metal are creepy in a Blair Witch Project sort of way. The artist is a bit creepy too, only emerging from his decrepit shack at night with an oil lantern to set-up his creepy art installations. Realizing they have a rare opportunity before them the couple decide to make a documentary about the eccentric artists but the endeavor plunges them straight into a nightmarish world of madness. 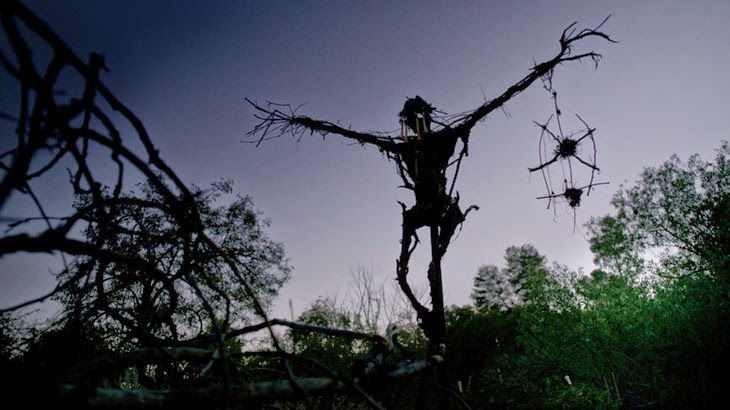 Sounds like pretty decent set-up and it is. The couple played by Foster and Jones come across as realistic, when she finds out he's off his meds her reaction seems authentic. So we have a cute and realistic couple, a gorgeous setting in the wilderness and some creepy sculptures plus strange things start to occur - like strange noises in the night and masses birds crashing into the cabin in the dead of night - tension start to rise and they get a bit freaked out. Things intensify when despite what common sense would dictate they enter the shack of Mr. Jones and mess around with his creepy sculptures and then things get really weird as reality and nightmares become entwined and the confused couple are seemingly trapped in a nightmare reality and pursued by multiple doppelgangers.

There's definitely some decent atmosphere and Lovecraftian creepiness on display here, plus the camerawork is quite nice considering this is a bizarre variation on the found footage genre with a weird twist which I won't spoil. A promising start with a decent build-up but the overdrawn third act and an unsatisfying strange finale failed to deliver the evil-in-the-woods goods.

The Blu-ray from Anchor Bay looks quite nice and had an effective TrueHD 5.1 track but no special features whatsoever and I sort of wanted to hear a commentary on this one. The movie comes out on Blu-ray and DVD May 6th with a limited theatrical run in L.A. beginning May 2nd. 2 Outta 5