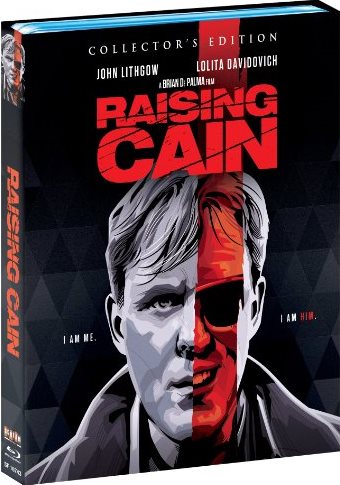 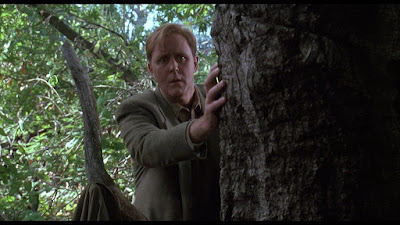 Dr. Carter Nix (John Lithgow) is child psychologist taking a break from his professional practice to braise his young daughter Amy (Amanda Pombo). He seems like a wonderful father and husband, but his wife Jenny (Lolita Davidovich) begins to feel he might be a bit too obsessive when it comes to their daughter, and he's acting erratic in their relationship as well. When Carter learns that Jenny is having an affair with an old flame named Jack (Steven Bauer) his devious twin Cain arrives on the scene and the bodies of women start turning up in the local lake. Also, the women's children have gone missing though no bodies have turned up yet. What does this have to do with kind-hearted Carter and his late father's diabolical childhood behavior studies?

Brian De Palma returned to the thriller genre in the early nineties for the first time since Body Double (1984) channeling story elements from his own Dressed To Kill (1980) with his now familiar Hitchcockian themes, including some visual cues straight from Psycho (1965). What he came up with was a somewhat delirious thriller that to put it plainly I loathed when I caught it at the campus cinema. I walked away angry that I had just wasted a few bucks on a clunker, I thought Lithgow chewed-up the scenery, and that the movie was front-loaded with insanity that seriously shot the suspense in the face straight out the gate. 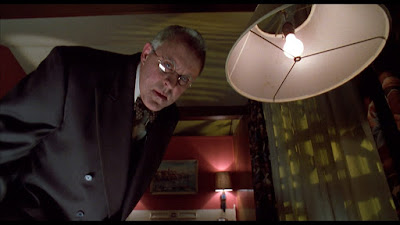 As with music I find that revisiting a movie that didn't sit right with me after a few years can have the affect of making me appreciate it a bit more the second time around. eventually I re watched Raising Cain on home video years later at which point I was more familiar with Brian De Palma as a filmmaker, and sure enough it went down smoother. I now absolutely loved the John Lithgow performance, but the movie proper was still a hard watch with a poorly structured narrative that left me confused and worse yet, it blows the suspense of the movie right from the opening scenes with the reveal of Carter's split personality, which is a huge misstep.

The new 2-disc Blu-ray from Scream Factory offers up the same theatrical cut restored in HD but also throws in one heck of a bonus, a recut of the movie by super-fan Peet Gelderblom who re sequenced the movie as it was originally envisioned by director Brian De Palma, who dramatically re edited and re ordered the movie in post-production. The new recut is a vast improvement as it has a more natural flow, opening with Jenny's story and her unease in the relationship with Carter and the start of the affair. The split personality stuff is eased into and were not hit over the head with it right from the start. It makes for a much better viewing experience, however, that ending is still a a train wreck, including the shocker of an ending that seems lifted right from Dario Argento's Tenebrae (1982). 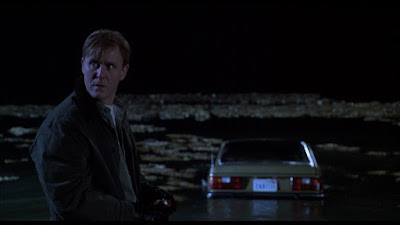 Audio/Video: Brian De Palma's Raising Can (1992) arrives on 2-disc Collector's Edition Blu-ray from Scream Factory which is derived from a new HD master and looks quite nice. The movie lacks to my eyes much of the style I associate with his earlier works and has the look and feel of more conventional 90's thriller from the era. The image has some nice depth and clarity which easily advances over the Universal DVD from 1998. The image has an inherent softness by design so it is not overly sharp, but color reproduction is vibrant and looks solid through and through.

Audio on the discs come by way of English DTS-HD MA 2.0 Stereo and 5.1 Surround with Optional English subtitles. Everything is clean and  nicely balanced in the mixes, no issues with deciphering dialogue, and the lush Pino Donaggio score sounds wonderful. 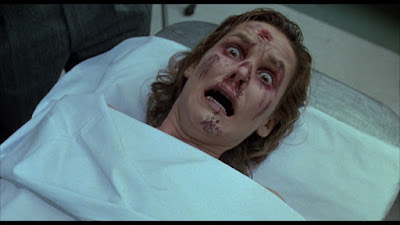 Scream Factory have stuffed this 2-disc set with some cool extras beginning with the inclusion of the aforementioned Director's Cut which is actually a re cut assembled by fan Peet Gelderblom, who in 2012 discovered that the movie was re-sequenced by De Palma in post-production, which dramatically changed the structure of the movie. After obtaining the original script Gelderblom set about re-sequencing it to reflect De Palma's original vision for the movie. The recut has been created from the new HD version of the theatrical cut so it looks great. The end result is a more fluid version of the movie which while unfortunately  not incorporating any additional footage does flow much differently, the flashbacks, the dream sequences and storylines marry together much better, this is a superior version of the film, though it is not the miracle cure, the movie still has some serious issues. The Director's Cut is on the second disc of the 2-disc set, which also features an introduction from Peet Gelderblom and his video essay which accompanied his version of the movie which debuted it on IndieWire. Brian De Palma was very happy with the re cut and was instrumental in having this version of the movie included on the Collector's Edition from Scream Factory, which as a fan must have sent Gelderblom through the roof. 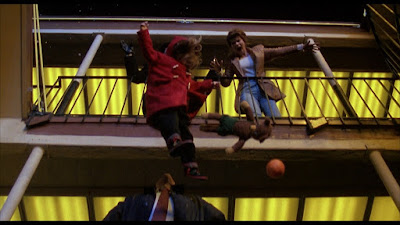 Extras on disc one include brand new interview with Actors John Lithgow, Steven Bauer, Gregg Henry, Tom Bower, Mel Harris And Editor Paul Hirsch adding up to about an hour and twenty minutes. Lithgow gives a half hour interview touching on his trio of movies with De Palma but focused on Raising Cain and his turn in what amounted to five separate roles and what fun that was, he also speaks about Brian De Palma's process on-set and what a great director he is. Editor Paul Hirsch also comes in to speak about being brought in to re-edit the final scene, not surprisingly De Palma was having difficulty piecing together this choppy thriller, and even Hirsch thought it was a hot mess. extras are finished-up with the original theatrical trailer, a gallery of images, a sleeve of reversible artwork, and a slipcover.

Scream Factory have put together a wonderful edition of Raising Cain (1992) for Brian De Palma fans. Watching the new recut is the best watch of the movie so far, still an imperfect watch but I love Lithgow's performance more and more each time, he saves the movie. The new Scream Factory Blu-ray looks and sounds fantastic, the new recut is a solid bonus and the new interviews make this a must-own for De Palma fans.