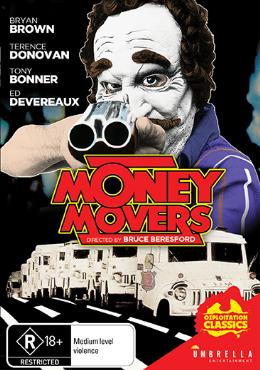 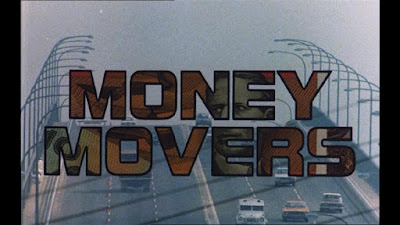 Before he became a somewhat renowned filmmaker with the very successful Driving Miss Daisy (1989) Australian director Bruce Beresford began his film career with a pair low-brow ocker comedies, The Adventures of Barry McKenzie (1972)and Barry McKenzie Holds His Own (1974), both are good tits and beer films, but truth be told I'm just not familiar with what he did between those comedies and Driving Miss Daisy, or anything after, which brings us to this violent heist film that comes somewhere in the middle of the ockers and his Hollywood success. The film concerns the personnel of an armored truck company, Darcy's Security Services, during the opening scenes one of the trucks is robbed by rubber-masked bandits, during the brutal robbery a bystander is blasted to death with a shotgun. Incapacitating the guards they thieves grab the cash and head back to a garage to celebrate a job well done, but instead they're gunned down by a hit-man hired by the crime-boss Jack Henderson (Charles 'Bud' Tingwell, Dracula: Prince of Darkness) who set up the robbery in the first place, it's a classic crime-caper double-cross, and a cracking good start to the film. 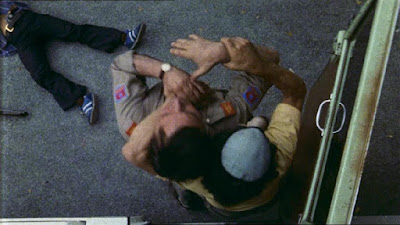 Meanwhile back at Darcy's a trio of employees Eric Jackson (Terrence Donovan, Strange Behavior), his brother Brian (Bryan Brown, F/X), and mate Ed Gallagher (Ray Marshall, BMX Bandits) scheme to rob the accounting room at the company HQ, which if successful would net them a cool $20 million. However, crooked copper Sammy Rose (Alan Cassell, Breaker Morant) who is investigating the armored truck robbery figures out there's a heist in the planning and tips off the crime boss, who in turn sends his goons to muscle in on the operation, which involves a pair of bolt-cutters and snipping off body parts during a blood-soaked altercation. Meanwhile the Darcy's head-honcho Lionel Darcy (Frank Wilson) suspects a big heist is on the way, and convinces his comely assistant Mindel Seagers (Candy Raymond, Don's Party) to use her not inconsiderable feminine charm to snoop out the secretive-plot, meanwhile the company's insurance company has launched their own investigation. As the heist plans comes to fruition there are complications and it all comes to an electrified and frenzied finale that will leave you wondering, like myself, why haven't I heard of this film before, this is great stuff. 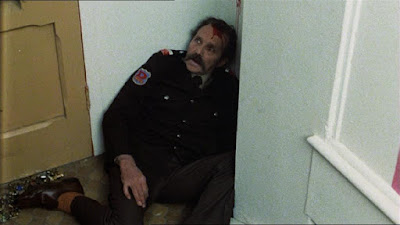 Audio/Video: Money Movers (1978) arrives on region-free (PAL formatted) DVD from Umbrella Entertainment as part of their Ozploitation Classics line-up, framed in anamorphic widescreen 1.78:1. The image looks like a dated master, the presentation is flat, marked by white speckling, debris and a stray vertical line or two, nothing too awful but not a great looking presentation by modern standards, even for a DVD. This is a film I think is well deserving of a new HD master from the original negative, would love to see it happen at some point with some new extras from Umbrella. The English Dolby Digital Mono is serviceable, but like the image not remarkable. 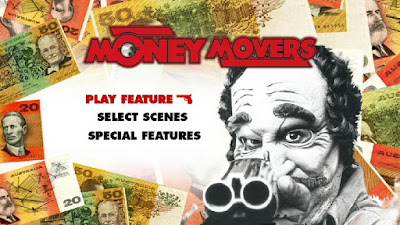 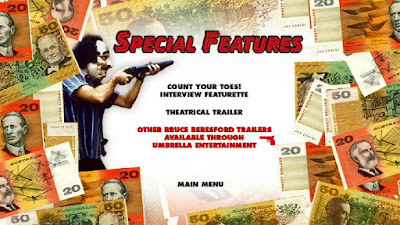 The disc includes a 2004 making of retrospective with interviews from Writer/Director Bruce Beresford and cast members Bryan Brown, Terence Donovan, Tony Bonner and Candy Raymond, which was notably directed by Mark Hartley, director of Not Quite Hollywood: The Wild, Untold Story of Ozploitation! (2008). There's also a trailer for the film and four trailers of other titles from Director Bruce Beresford which are available from Umbrella Entertainment. 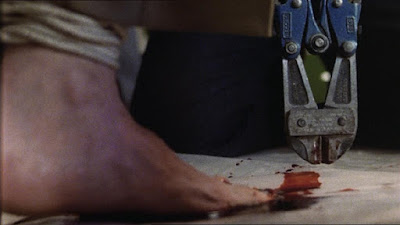 The single disc release comes housed in a standard DVD keepcase with a one-sided sleeve of artwork that looks like a mash-up of two of the original movie posters from the time of it's release. The disc itself features and excerpt from the same key art. 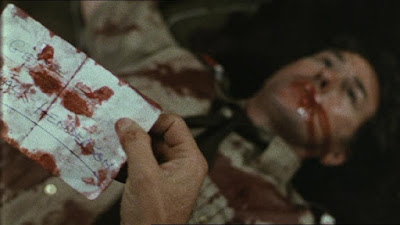 Money Movers (1978) is a rough, bloody and vicious crime film and not at all the usual trashy slice of ozploitation of the era, so it was a nice change of paces it went against my expectations. According to the 35-min doc on the disc this is a film that flopped hard when it hit the cinema originally, it's been released previously on DVD but it's great to see it get a re-release, I hope it brings some much warranted attention to this violent, fast-paced crime caper, this is a hard-boiled Aussie gem worth seeking out. 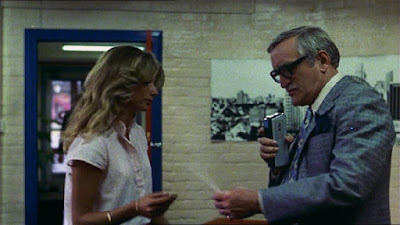 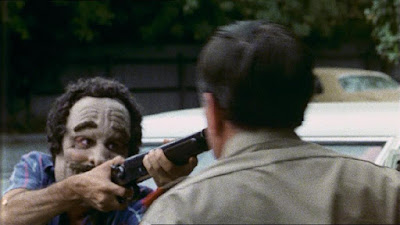 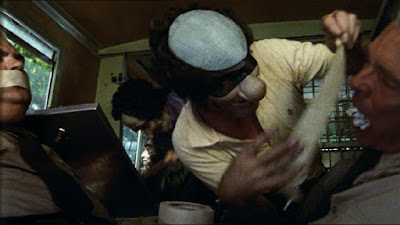 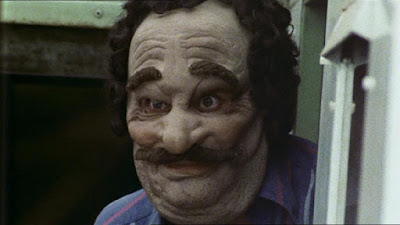 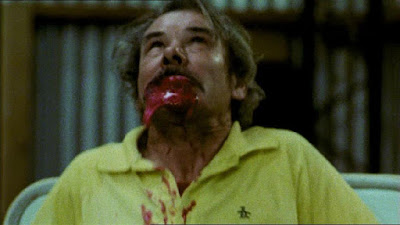 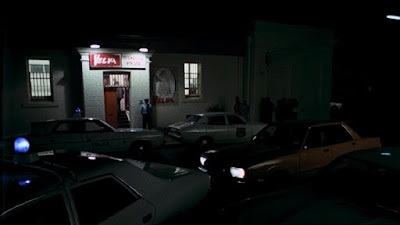 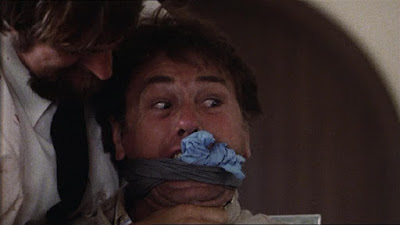 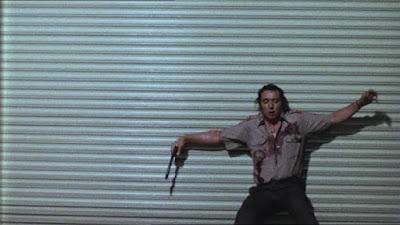 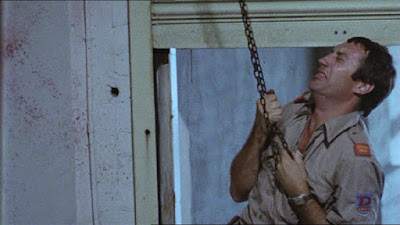 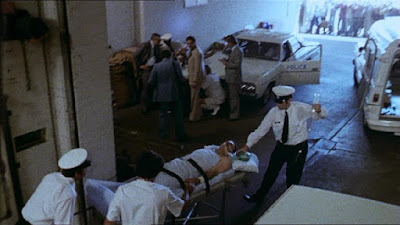 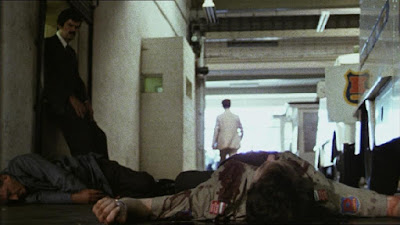