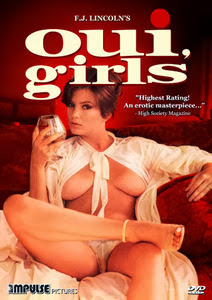 ANOTHER CLASSIC FROM THE FRED LINCOLN COLLECTION!
OUI, GIRLS 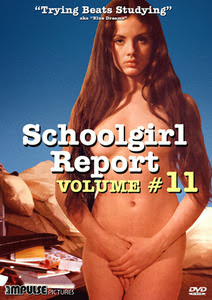 AND FROM THE GERMANS:
SCHOOLGIRL REPORT #11

It's teacher time! The girls are back in town!

A German radio program is recorded with experts discussing what can be done to protect the kids of today. As the participants recount stories of sexual promiscuity, we watch the stories play out on screen. Martina is a young, innocent girl whose life turns tragic when her sex partner betrays her during their numerous sexual study sessions. Regine claims she was sexually assaulted by her assigned school tutor, but he tells a very different jaw-dropping story about what “went down” after school! A foursome in a barn gets nutty for the lovely Gila and her friends, when the orgy turns into something even more dirty and messy at the climax of their sex party. Michaela leaves a suicide note for one of her school instructors and, when he saves her from certain death, her terrifying story of being kidnapped and turned into a sex slave is revealed. And, in the final story, a group of girls turn Heidi’s 18th birthday into something special when their “gift” is to lock her in a bedroom with a sexy schoolmate to help her lose her virginity.